The idea of creating a stage specializing in popular theatre repertoire was born several years ago. After 12 years of effort, this unique project became reality. On 30 April 2014, the City Council of Krakow granted the VARIETE Theatre the status of a Cultural Institution.

VARIETE, managed by Janusz Szydłowski and Agnieszka Mika-Kotłowska, is an artistic institution in which the highest level of entertainment is created and popularised.

The events presented at VARIETE are by default a popular repertoire that is supposed to make the spectators laugh. The youngest Krakow stage is an artistic institution which creates and popularises entertainment art, while maintaining the highest standards and artistic level worthy of the best musical stages in the country. In the course of six years since the establishment of VARIETE, the theatre has already staged 10 shows, including three musicals under the license of Broadway copyright agencies operating worldwide – Legally Blonde (dir. Janusz Józefowicz), Chicago (dir. Wojciech Kościelniak) and Pretty Woman – The Musical (dir. Wojciech Kościelniak).

No music theatre would be complete without live music. The Theatre runs a series of concerts under the brand VARIETE. We invite to the Theatre’s stage world-famous musicians who always gather full audiences. The Theatre care about diversity, the only thing that does not vary is the highest artistic level of the events presented.

Apart from inviting the stars to its stage, the Krakow VARIETE Theatre is also an opportunity for young artists and a place of inaugurating new projects. Today, the Theatre is definitely an institution that is dynamically developing, aiming to be one of the best and most recognisable entertainment scenes in the Poland.

"VARIETE is truly a smile for Krakow." - General Manager of the Krakow VARIETE Theatre, Janusz Szydłowski

In 1948-1952, on the order of the works council of Zakłady Fabryki Maszyn, Kotłów i Wagonów im. L. Zieleniewskiego, it was developed and modernised by an outstanding architect and engineer, Zbigniew Solawa. The original purpose of the building was to create a place for the organisation of factory workers’ work and for occasional meetings. Over time, the Związkowiec Cinema-Theatre gained new functionality – it was equipped with an auditorium and a cinema hall. Numerous events, performances by artists and comics of Teatr Satyryków (Satirist Theatre) took place its premises.

Związkowiec is an example of the pre-war modernism architecture, it has a simple body with a clearly emphasised cornice cap. After renovation, the building regained its former glory and glamour; the foyer, stage and stairs were restored as well with particular care to emphasise their pre-war character. Now, after more than 20 years, Związkowiec is again play an entertainment role, becoming the seat of the new theatre, the first musical theatre in Krakow – the VARIETE Theatre.

The Krakow VARIETE Theatre acts on the agency basis, engaging to its the artistic events the most outstanding artists.

The agency-like operation allow the presentation of world and Polish musicals staged with the participation of dance and music groups, various artists and performers. In VARIETE you can admire artists from all over the world presenting less familiar forms of art.

VARIETE offers presentation of new trends in the performance of the broadly understood musical theatre. 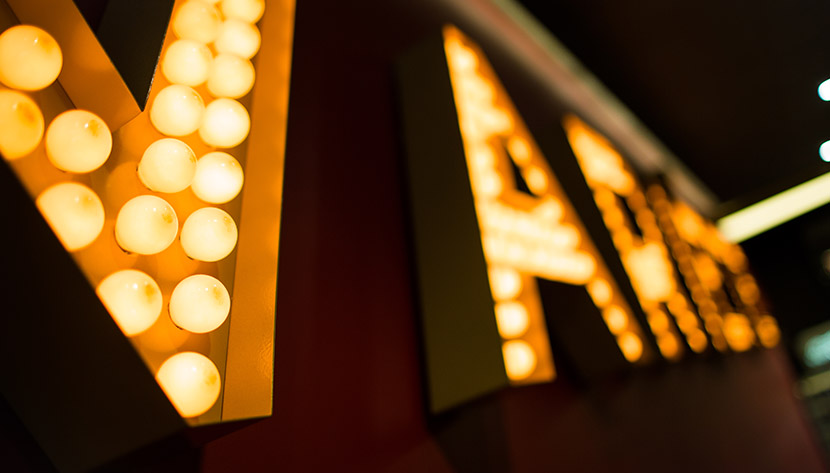 This youngest Krakow stage is an artistic institution which creates and popularises entertainment art, while maintaining the highest standards and artistic level worthy of the best musical stages of Broadway and West End. The Krakow VARIETE Theatre is an unforgettable experience, magical performances and above all a smile on the faces of Guests.